Sourced directly from the subconscious psychosphere
that encompasses us all,
for whoever cares to tune in. 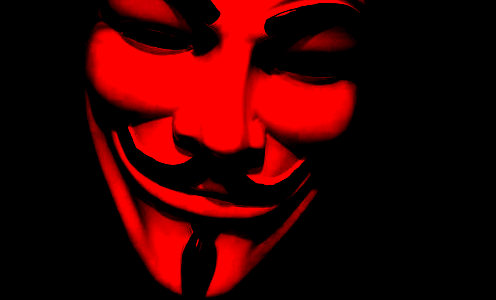 There's No Stopping Us Now

This hidden class of people took their newfound knowledge and culture of sharing out into the physical world in a magical moment called Occupy.

...The world will never be the same.

Show You're All In, and Fall In!

In the 70s the awakening was characterized as "dropping out" because the dominant paradigm seemed all-powerful, all-encompassing, and all we could do is "drop out" of this crazy over-arching Matrix we're caught up in.

I think our generation should tweak that statement, because with the Internet the awakening is going real fast. Sure, the imposing police state seems to be rapidly trying to secure its power, but thats only because of how rapidly and obviously its losing that power. I think rather than struggling to understand the urge to "drop out", these days everyone is intuitively drawn to the idea, and if anything they're struggling to resist the urge to drop out. 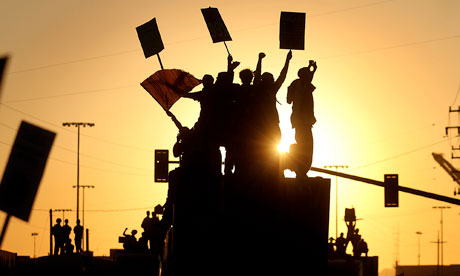 Baptized by battle, unified by the fog of tear gas, and telepathically linked by days of sleep deprivation and psychedelics running together without end, we found each other.

Despite criticism from mainstream media, our one demand was crystal clear: STOP THE MADNESS! From there it's simply a matter of figuring out what exactly the madness is, and what's causing it.

This wasn't a political movement. What has become known as the movement of movements is nothing short of a spiritual awakening. And unlike most movements, it seemed to appear out of nowhere and held strong for so long that even we wondered what we were still doing there.

Then, having only just begun to understand the magnitude of what we were called here to do, the cops scattered us to the winds like seeds to a fallow field.

But our job isn't done.

In the bouts of travel and psychedelic rituals tamely called "festivals" that have taken place since, our conversations continued to reach deeper and deeper into our collective unconscious. In some ways it isn't even the words we're saying that matter, but the passion behind them, and the comradery that creates. And now that we've had some time to figure our shit out, the seeds have begun to take root.

We've known each other for a while now. We've marvelled at our strengths, and been disheartened by our weaknesses. As individuals we're all damaged goods, because to be this passionate about changing things for the better you have to have experienced in your own way just how bad things have become. But as a collective force we are powerful, because one person's strength makes up for another's weakness. Therefore, our collective power can only come from admitting our strengths and weaknesses to ourselves and each other, and working together to effectively amplify our strength and minimize our weakness so that we can once again fight back as one fist.

We are a part of something and we can't deny it. We started something... now we have to finish it.

Pledge allegiance to the struggle. 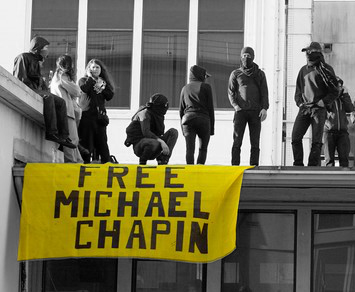 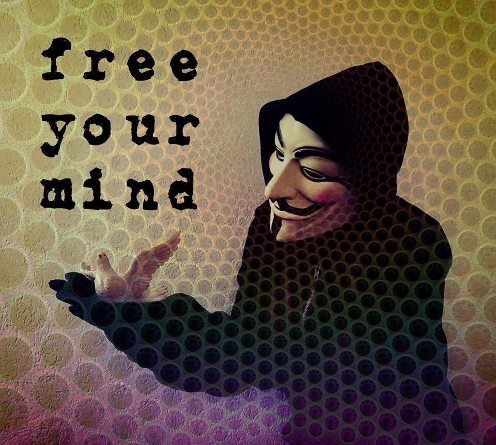 "You may have already sensed that a New World is coming into each of our personal lives. If you stop and truly pay attention, you can feel it. As everything continues moving faster and faster we cannot help but wake up and realize our divine infinite potentiality. We are each being pulled, cajoled, and summoned to spiritually awaken by the people and global events around us. Our planets economic, political and environmental shifts are our “wake up calls”, forcing us to individually turn inwards, and create a more sensitive, loving, and conscious approach to life. This deeper sensitivity has in turn awakened a new kind of human being inside all of us. A being who is attuned to their natural divine state within, guided by their intuition, and enlightened by their own individual consciousness."

"In the New World everyone comes equipped with the Universal understanding that we are each conscious manifestors of our individual realities. As this understanding deepens and becomes a common household way of being on the planet, the awesome miraculous synchronicities we experience will multiply. Sure we can take them personally and say WE are individually manifesting our outer experiences, or we can take them impersonally and see that we are merely a drop in the Universal ocean that is blossoming this new existence. Either way, there will be a much deeper more personal freedom found in everyone that will truly satisfy our souls!"

Rap News
A victory for truth seekers, this youtube channel raps the news from a holistic perspective in an incredibly entertaining and enlightening way.